The phone keeps ringing, but I can’t figure out how to answer it, much less to place a call. I fumble around with the carriage, the buttons. The ringing stops. I think Alexandra or her mother is trying to get ahold of me to arrange the exchange of keys.

The key which will no longer be my key.

The wooden figure on the shelf, whom I call Fanny, will hold whatever gesture I give her, until someone else takes her down, re-positions her arms or feet, re-christens her Matilda or LaKeisha, Oscar or Mei-Mei. 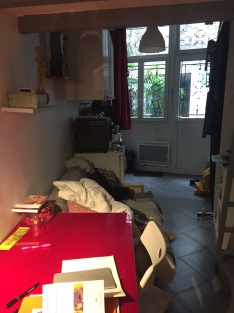 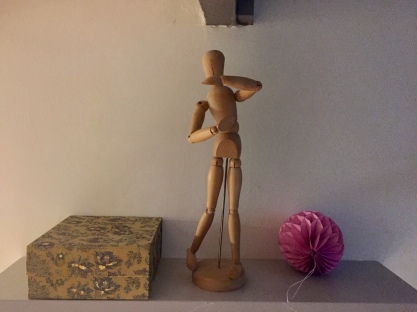 What do we leave behind us when we move on? Some echo of our having been happy, having been sad, having made something large or small of the moments presented to us…

Yet even this happy, necessary going–I’m bound for Morocco to see my dear friend Mary & her son–is a little death…

If it is that, it is also a gathering. As I pack my suitcase later today, I will also be packing the street with its shop windows & damp, diesel smells, its footsteps, a man singing in a language other than French as he washes shop windows, another man proclaiming loudly, insistently to no one in particular in the post office, the view from my window, the wrought-iron scrolls through which I see a small leafless tree, some potted palms & camellias. I will be packing my blue door, and the common blackbird’s uncommon song. 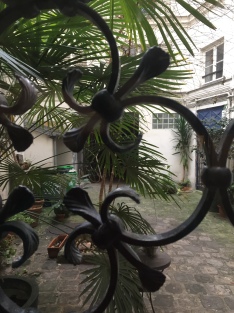 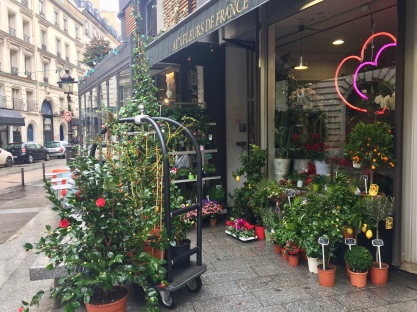 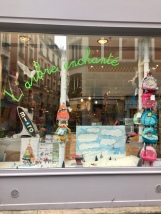 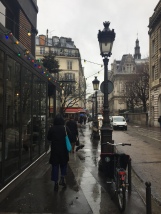 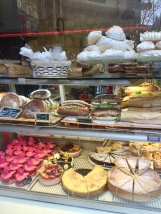 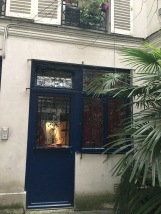 In his Preface to the revised edition of Portrait of a Lady, Henry James writes that his interest lay in describing, evoking, the excitement of an inward life, the drama of interior experience. Such has been my five-week sojourn in Paris, a largely interior journey, one whose “map” would be difficult if not impossible to trace accurately. Perhaps, like Isabel Archer—though much older!—I have learned to see a few things, a very few, with some clarity.

The Seine is still running high & fast, though receding from the quays. People are lined up outside the Louvre, the Pompidou, the Musée d’Orsay. I have succeeded in identifying the long-necked bird: Phalacrocorax carbo, the Great Cormorant. I came close once to capturing with my camera the rose-gold light of a winter’s dusk on the face of the Tour St. Jacques, light such as Monet saw on the face of the Cathedral at Rouen. The hours of light per day have increased nearly two hours since I arrived.

In my dream, I forget to return the key, or don’t know how to return it, & so must take it with me to figure out on the way.